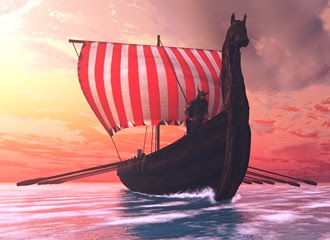 From its founding, Iceland was a self-governing society of free landholders. They recognized no sovereign or overlord, established no central authority, and maintained no army. Instead, a complex system of ancient Germanic law codes bound them together – the law plus personal honor.

It is believed that Ingolfr’s son, Thorstein, an important goði in his own right, founded the first thing (local legislative assembly) presided over by a goði as law-speaker. The goðar held esteem due to their knowledge and understanding of the law which was committed to memory. At the thing the goði acted as arbiter to resolve disputes, settle debts, and end blood feuds.

By 930 upward to 30,000 people had flowed into the country and all available land had been claimed. A more organized system of governance was needed. Recognizing this, the leading goðar established a national assembly to serve the entire country called the Althing. This event is considered the founding of the republic (Free State) and Icelandic democracy. The national assembly lasted essentially in its original form from 930 until 1264 when Iceland came under the rule of the Norwegian crown. 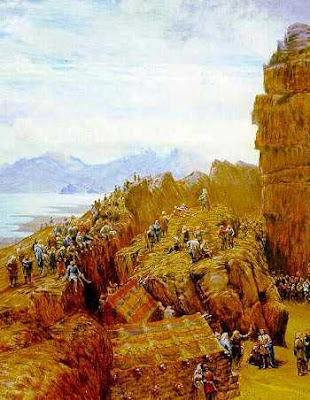 The Althing met annually in midsummer at Thingvellir (“Thing Plain”), a lava plain in southwestern Iceland. The proceedings lasted for two weeks in the open air and all could attend. The powerful goðar and their thingmenn journeyed from all parts of the country as did those of lesser status – free men and women, traders, brewers, craftspeople, those seeking spouses and more. The goðar occupied booths of turf-and-rock with cloth roofs, while others set up tents. Though the Althing’s function was legislative in nature, it also served as the great social event of the year.
The Law-speaker (lögsögumaör) was Iceland’s only recognized national official. He was chosen from among the goðar to hold the position for three years. As Law-speaker, he presided over all aspects of the Althing from beginning to end. Most importantly, each year, he would stand upon the Law Rock (lögberg) and recite one third of the law from memory. Several other goðar would witness this recitation, assuring that no mistakes were made.
The Law Rock was the central focus of the proceedings of the Althing. It was a natural stony projection with a massive wall (almannagjá) rising behind it. This enhanced the acoustics, projecting voices off it. Varied activities took place on the Law Rock – the opening and closing ceremonies, the Law-speaker’s recitation, speeches and announcements, legal decisions and pronouncement of sentences, etc. Anyone attending had the right to stand upon the Law Rock and present their own case.
From the founding of the Althing, the leading goðar controlled the assembly, dividing its authority among themselves. Most were interconnected by ties of blood and marriage. Nonetheless, power struggles arose among them and hostilities broke out. In order to avert countrywide bloodshed, the Althing was reformed and peace restored.
The reforms of 965 divided Iceland into quarters: northern, southern, eastern and western. Each quarter was divided into 3 lesser things (12 in all) with 3 goðar (36 in all) presiding over each thing. (A fifth jurisdiction was added later raising the number of things to 15 and goðar to 39.) These goðar were required to attend the annual Althing where, together, they all formed the legislature (lögrétta) which made new laws and reviewed old ones. Thus, they shared power equally.

The Althing had judicial functions as well. With the reforms, each quarter of the country had its own court. An additional court was created at the national level as a highest court of appeal.

Germanic customary law was based on a system of compensation to satisfy grievances and limit bloodshed. Settlements typically exacted a fine (wergild) determined according to the offence and the status and gender of the aggrieved. In severe cases, the guilty party was outlawed and expelled from the land. Somewhat surprisingly, the things and Althing had no real power to impose these decisions. Enforcement resided in the hands of the people. In time, this feature proved detrimental to the stability of the country.

In 1117, at the direction of the Althing, Iceland’s extensive law codes were compiled and written down. These are known as the Grágás, or “Grey Goose Laws.” They provide the best documentation that survives on the Viking legal system. 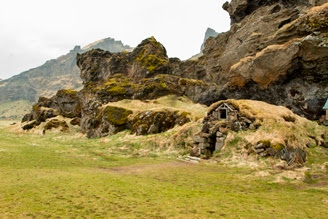 By the 13th century, the power of certain goðar had increased enormously, while that of others had ebbed altogether, thus altering the balance of power. A handful of families expanded their territories into what were essentially hereditary mini-kingdoms (ríki). When they began warring against each other in an attempt to control the church and the Althing, the populace had had enough.

In 1264, after a succession of meetings in the quarter things, lasting over a two-year period, the people agreed to submit to the King of Norway as their overlord and allowed him to take over. Both King Hakon IV and his son and successor, Magnus VI, proved to be good rulers. Officials were sent to implement the transition and oversee the peace. Some new laws were codified, but most of Iceland’s customary laws were retained. Life proceeded fairly well, but the Free State had come to an end.
Posted by Kathleen Kirkwood at 12:29 PM