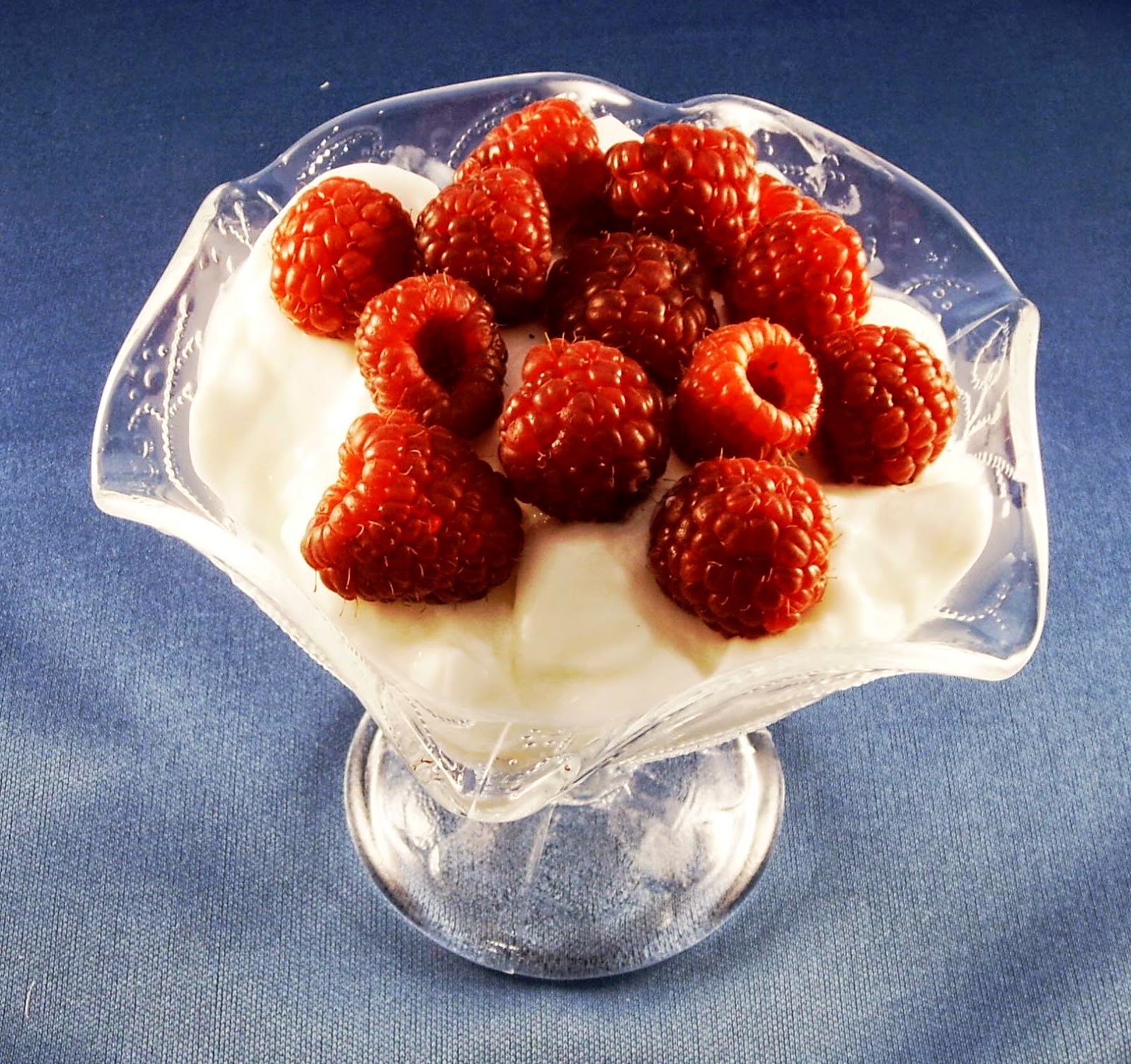 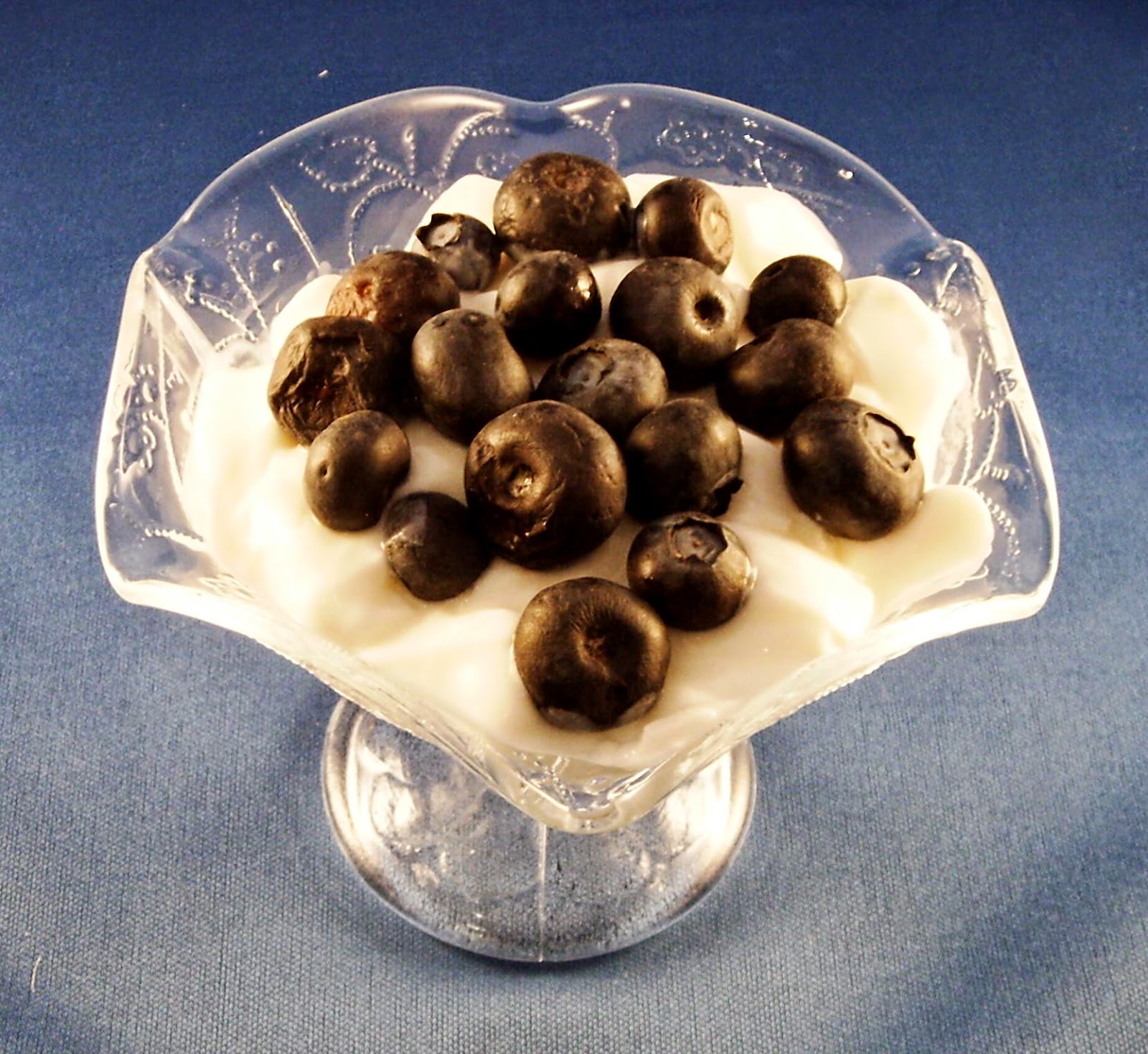 As we meet the Norsewoman Katla in the pages of THE VALIANT HEART there is no doubt that she schemes to ensnare Rurik’s heart and to one day preside at his side as his wife and the future Baronne of Valsemé. But his father yet lives. Katla bides her time, making herself indispensible in the running of the keep and overseeing food preparations for the castle folk. She is especially known for her cheese making skills and for skyr, a thick, creamy, yogurt-like dish that can be enjoyed as a dessert or served as a beverage.


Mr. KK and I discovered skyr while living in Iceland. This highly nutritious staple of the Icelanders’ diet was brought with the settlers from Norway in the ninth century and continues to be made today. Naturally, while penning my tenth century novel, featuring Norsemen as they founded the duchy of Normandy, I happily included the dish in my story.


Skyr (pronounced skeer), is technically a cheese, made from skim milk and with rennet. (Without rennet the end product would be yogurt). The origin of the name skera — meaning “to cut” or “slice” — suggests the firmness of Viking Age skyr.  Indeed, modern day skyr is far thicker than typical American or Greek style yogurts. Traditionally, skyr would be thinned with milk and stirred to a creamy consistency, then sweetened with honey (sugar today) and served with seasonal berries for a satisfying dessert. Skyr can also be thinned further and made into a drink. Today it is sold in Iceland in a variety of flavors such as strawberry and pear which seems preferable. Plain skyr can be quite tart. Leastwise it is an acquired taste.


The virtues of skyr are many. It is not only low-fat but contains three times the protein of ordinary yogurts (higher even than Greek yogurt), is loaded with probiotics, and is high in calcium. Skyr has long been recommended for pregnant women, is favored by athletes, and is a go-to food for dieters. It is also a healthy choice for growing children and teens and helps guard against osteoporosis.


Skyr continues to be made in Iceland today, but availability outside the country is limited. It can be found in Britain and Scandinavia. In America, look for “Siggi’s Icelandic Style Skyr” at premium grocery stores, including Whole Foods. Siggi’s Home Page has a link named “stores” on the upper right that will determine where you’re located and show the stores in your area that carry it.


If you are dauntless in the kitchen and would like to try your hand at making skyr from scratch, check out the links below for recipes and instructions. They also have some additional historical notes on this fascinating and amazing dish.


As for me, I’m sending Mr. KK out the door to look for Siggi at Whole Foods …


Enjoy!
Posted by Kathleen Kirkwood at 2:18 PM No comments:

Hi everyone, this is Mr. KK, putting up a blog post for Kathleen . . .

Thanks to all of you who subscribed to Kathleen Kirkwood's Mailing List - we sent a News Blast out to all subscribers yesterday. For those of you who would like to join, but haven't yet, here's the link to do so.


Kathleen Kirkwood Mailing List
On the first day of Summer (June 21), we will be participating in All Romance eBooks’ (ARe's) Summer Promotion with SHADES OF THE PAST and HIS FAIR LADY. Those books will be on sale one day only and only through ARe at half price (for $1.99). So, if you or any of your friends have been eying either of these two books to purchase, this Saturday is the day to buy it from ARe (available in ePub or Mobi formats). Again, these books will be on sale only through ARe and only for one day – June 21). They will remain at their regular prices ($3.99) through all other vendors.


A widowed Victorian Lady . . .
A mysterious Viscount . . .
A remote and ancient castle . . .
Where ghostly residents stir anew . . .
Posted by Kathleen Kirkwood at 8:42 AM No comments:


Author Confidential: the story behind the story – THE CAPTIVE HEART

Friends, as I blogged many moons ago (April 25, 2012), it is my desire to bring you some of the interesting tidbits, trivia, curiosities and sundry things that went into the creation of my novels, many items having never made it into the finished pages — in other words, the story behind the story — an “Author Confidential” in the tradition of the delightful “Dr. Who Confidential.” (Yes, I’m a huge fan of Dr. Who and longing for the series to begin once more.)

In this blog, I’m returning to the third book of my Heart trilogy, THE CAPTIVE HEART, when my hero and heroine, Garreth and Ailénor, stop overnight in Silchester. The city was built (70 – 80 A.D.) and later abandoned by the Romans (410 A.D.) when their armies hastened to defend Rome against the onslaught of the barbarians. Garreth and Ailénor arrive centuries later (933 A.D.) to discover a city in ruins and, for the greater part, uninhabited.


In recreating Silchester, I followed old maps and worked in features of the ancient city that my couple would have encountered — sturdy defense works, the actual streets, a small Roman temple, a restored mansio that serves travelers as an inn and stable, and an early Christian church, no longer in use, where Garreth and Ailénor seek shelter for the night.

For a closer look at the ghost city of Silchester, stop by The Medieval Chronicle website and check out my article, “Silchester: Ghost towns in pre-Conquest Britain? How fascinating!” Indeed, enjoy all the articles TMC offers. It is a fabulous resource, offering articles on an array of topics stretching from the fifth century to the death of Elizabeth I.

Here is a snippet of my article. Cheers!

While mapping the route my characters would follow from Winchester to London in the mid-tenth century, I discovered the old Roman roads led inevitably to the ancient city of Silchester—a major crossroads for armies, travelers and pilgrims.

To my surprise, by 933 A.D. Silchester (known by the Romans as Calleva Atrebatum) had already stood empty for over four centuries. But its decaying ruins had not been reduced by sword or fire. Rather, by time and neglect. As in other places, such as Winchester, the inhabitants fled during the Teutonic invasions of the fifth century. Some cities remained deserted for centuries. Others, like Silchester, remained so forever. . .

The complete article can be found by clicking on this link: http://www.themedievalchronicle.com/3rd%20year/Silchester_JanFeb2012.html
Posted by Kathleen Kirkwood at 1:19 PM No comments: