Night of the Blood Red Moon

Once every quarter of a century, on the night of the blood red moon, a ghostly ship returns to the waters of the great Chesapeake, tracing and retracing the courses she once sailed...


When I spun this otherworldly legend for my forthcoming book, PIRATES’ MOON, a “blood red moon” seemed a perfect and gorgeously romantic backdrop for the return of The Destiny as she sails from the mists of time. Beyond photographs of stunning red moons, I confess I knew little about them, or the circumstances that create them. Research quickly revealed that only a Total Lunar Eclipse will produce a “Blood Moon.”


Imagine my surprise when I discovered that not one, not two, not three, but four Total Lunar Eclipses would be occurring over the next 18 months and that all would be visible across most of the United States – a tetrad of Blood Moons! Add to that, I learned of the events mere hours before the first eclipse was to take place, shortly after midnight, Arizona time, April 15. To be sure, I stayed awake, bolstered by mugs of hot coffee while I ran in and out of the house, alternating between my front yard where I had a clear view of the moon, and inside at my computer monitor where I watched a live video stream, broadcast from the U of A’s Mt. Lemmon Sky Center (“Skywatch”).


What creates a coppery-red “Blood Moon”?  Imagine standing on the moon, looking back at the earth as it moves directly in front of the sun and transforming it into a “ring of fire.” What you are viewing is all the sunrises and sunsets in the world at one time. (Standing back on earth), it is that same fiery red glow that is being projected upon the moon’s surface, turning it blood red.

The Total Lunar Eclipse that occurred on April 15, 2014 lasted 78 minutes and was a wonder to behold. If you missed it, check out the video which can be found on either of the two links below.


For more information on the UA Science Sky Center – to learn of its mission, programs and to view the astonishing images of astrophotographer Adam Block visit: 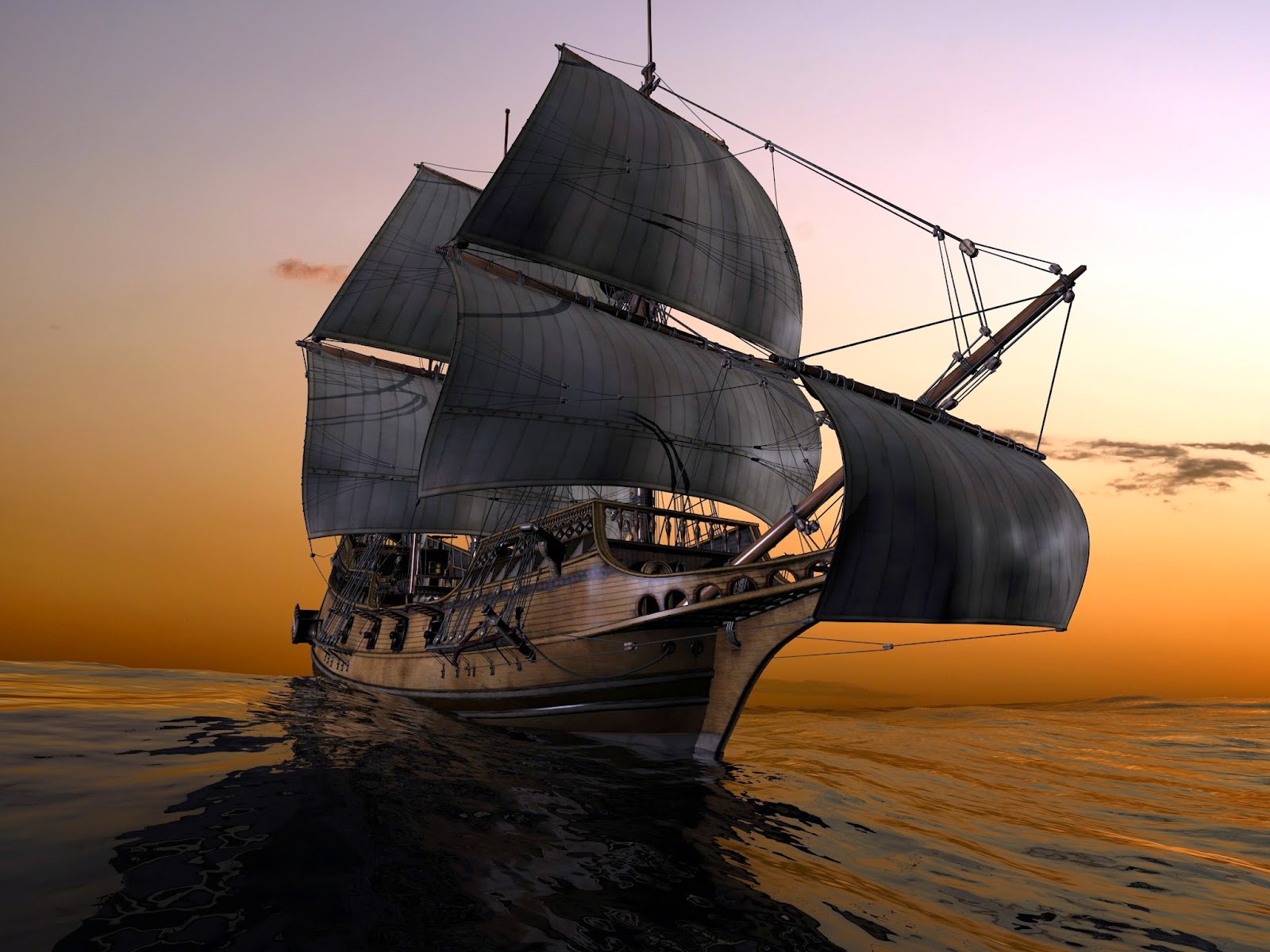 In my last blog there was a “tease” about a curious connection between the events in PIRATES’ MOON and that of the tetrad of Total Lunar Eclipses we’re experiencing.


In the book, my ghostly ship, The Destiny, returns once every 25 years – this time in the September/October timeframe of 1864.  The story is linked to historical events and, therefore, the year and date cannot be changed. Naturally, when I learned of the series of eclipses, I did the math to see if 2014 might be one of the years in which my ship might theoretically return.  The result took my breath away.  Not only is 2014 one of the quarter-century years in which it could reappear, but according to NASA, the next Total Lunar Eclipse will occur in October - October 8, 2014, to be exact! (Is anyone besides me hearing music from the Twilight Zone!)


To be sure, I’ll be watching for the next Blood Red Moon, and maybe for Captain Damian Winters as well.


For more information on the tetrad of lunar eclipses that will be visible in 2014 and 2015 visit NASA’s Science News at:

Posted by Kathleen Kirkwood at 6:35 PM