OK, we now have the background images. What’s next? Well, we need to identify, modify and add the other material that Anita wants on the cover. Let’s start with the eyes, since she told you in her 5/23/2012 post that she wanted eyes on this cover.


She and our son went on a mission to find candidate images. It took them a few days, but they finally settled on the image shown below (there were actually multiple images of this lady that we looked at – this is the one they chose). As we mentioned before, we buy all these images and they’re licensed to us by DepositPhotos.com. The photographer for this photo is Carlo Dapino. 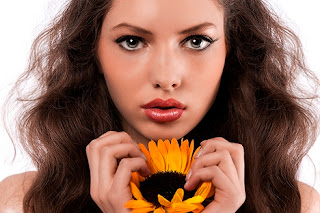 So, they gave me the image and my mission was to make translucent “eyes” out of it. The first thing I did was to crop out her “eyes”. I did this with the Microsoft Office Picture Manager, since it’s so easy to use. This gave us the image below.

Then, I had to make it transparent/translucent. I used Adobe Photoshop’s “Multiply” feature for this step. This resulted in the image shown below.

But, if you look closely, on the sides, you can see straight edges where I cropped the picture. I knew what to do about it, but had no idea how to do it. I knew that I needed to apply a technique called “feathering” to the image to smooth the edges. Since I didn’t know how to do it yet in Photoshop (I learned later on the cover for “A Slip in Time”), I asked our son to do it for us. He did and we sent us back the final image we used on the covers (see below).

One thing to let you know here is that jpeg files do not allow transparency, so anything we wanted to add to the cover had to be in png format (which DOES allow transparency). So, I took the jpeg file into Adobe Photoshop, turned the white rectangular background into “transparent” and saved the image in png format. I then added the resulting image (shown above) to the covers. Note that the png image, with its transparent background, did not block out a white rectangular background area as jpeg files do.


If you’ll look at Anita’s 5/23/2012 blog, you’ll see how the “eyes” evolved over the various versions of the cover. The final result, when the “eyes” were added looked like this: 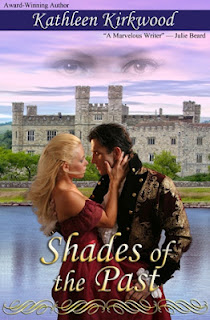 The next blog will discuss the text and banners. Check back with us next week. Thanks!

Posted by Kathleen Kirkwood at 3:06 PM